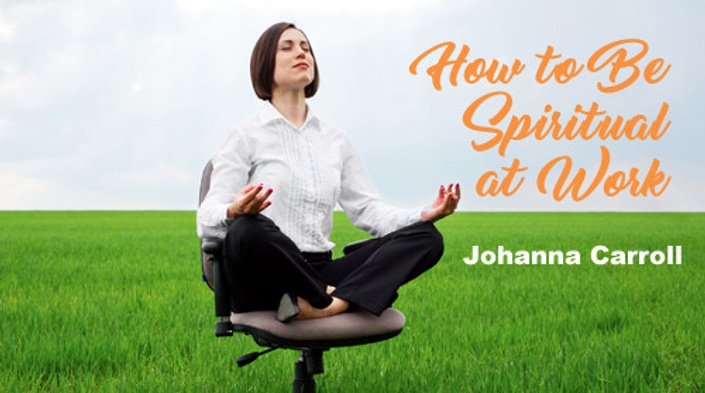 How to Be Spiritual At Work

Easy tools to get you through your work day

The coupon code you entered is expired or invalid, but the course is still available!

Learn how to apply spiritual and practical principles to your daily routine to help you get out of the grind and into the divine while working! This course will help you get clarity and focus for a better day when your job feels routine, boring and downright hard to handle. You will also learn how to move from surviving a job to thriving on a career path. 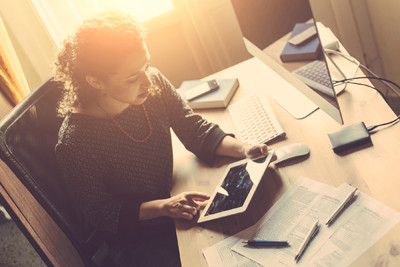 Have you ever gone home after a long day of work and your mind won’t shut down? Wouldn’t it be nice to go to sleep and not dream about your job? Wouldn’t it be even better to feel good about the work you are doing? Is it time for a new direction professionally? These are all valid issues millions of people globally experience each day.

Johanna Carroll has been inspiring people to blend their spirituality, reality and practicality into a formula for success in their careers for over 30 years. She is considered one of the top intuitives in the US and oddly enough used her ‘sixth sense’ while working in corporate America. She is well known for her wisdom teachings, guidance and warm and caring demeanor. Her extensive corporate background with managing and guiding people made the difference for her personally in liking her job to loving her current career.

If you desire more fulfillment and happiness from your career you will go away with a focus, tools to help you through your day and an inner sense of a clear direction professionally. In this course you will: 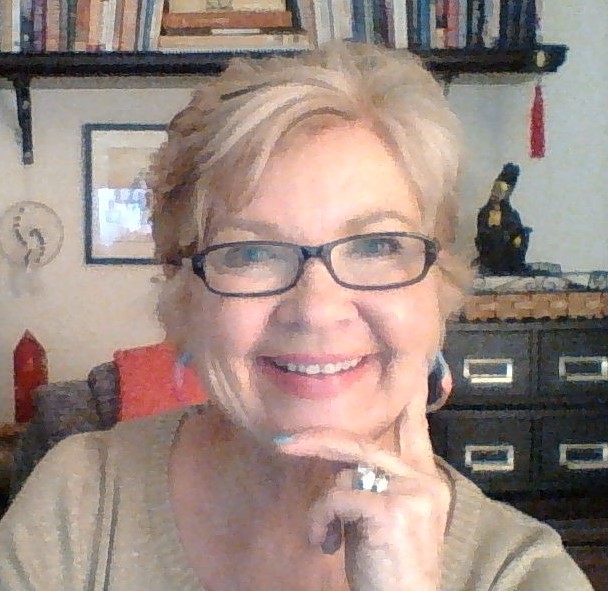 Johanna Carroll since age 10 has had a deep intuitive connection to the Universe. Her life turned itself inside out following a divorce in 1983 after which she moved from Connecticut to California after experiencing an epiphany moment on a beach in Mexico. She began to study and develop her natural gifts when this connection to the Divine began to speak to her in a unique and unusual way.

She created the first spiritual networking group in San Diego, Women of the New Age in the early 1990s and hosted a TV cable show by the same name. After leaving her hospital healthcare career, for the last 30+ years she devotes her life to her international private practice as a spiritual counselor, author, radio host and metaphysical teacher. She has been featured in 3 TV specials on spirituality in Canada, Japan and the US. Johanna is included in multiple books as an expert in her field. Johanna is a former guest professor of metaphysics at Yavapai College in Sedona, AZ.

Her Get Psyched! Intuitive development training program has opened many doors to the unknown for people in all walks of life. She offers retreats to sacred sites internationally and has written four books; her latest The Lost Art of Loving. Johanna additionally is well known for her radio talk show Dialogue with Divinity. She also offers webinars and on line courses.

She has been an avid tennis player for over 63 years and is a devoted wife to her second husband, Floyd, and her children, Scot and David. She is committed to sharing her wisdom with others to improve their lives and embrace joy as a constant condition.

When does the course start and finish?
The course starts now and never ends! It is a completely self-paced online course - you decide when you start and when you finish.
How long do I have access to the course?
How does lifetime access sound? After enrolling, you have unlimited access to this course for as long as you like - across any and all devices you own.
What if I am unhappy with the course?
We would never want you to be unhappy! If you are unsatisfied with your purchase, contact us in the first 30 days and we will give you a full refund.
off original price!

The coupon code you entered is expired or invalid, but the course is still available!